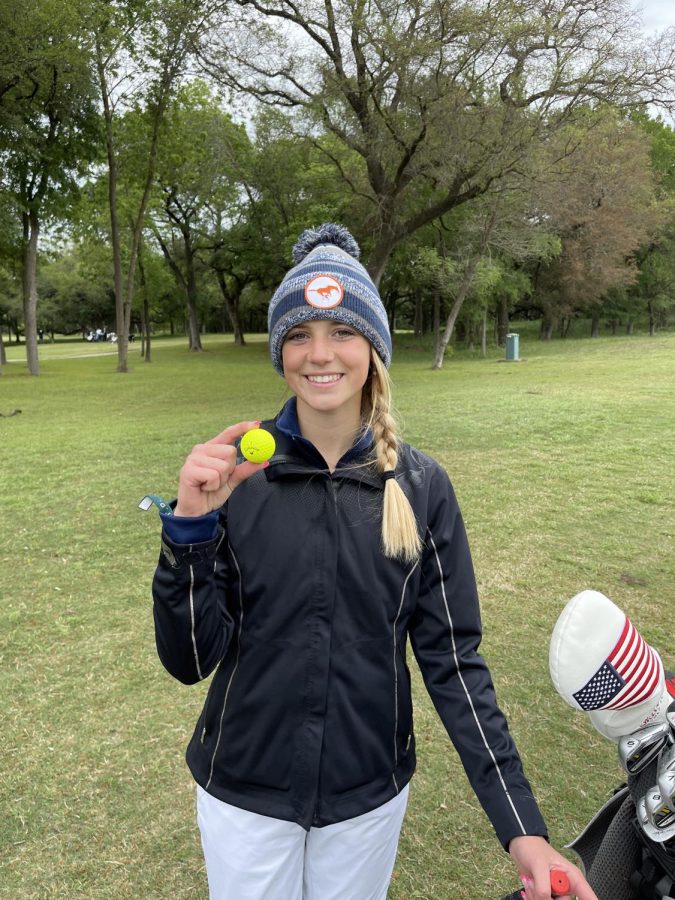 Sophomore Ally Cheek hit a hole-in-one at Bear Ridge Golf Club on day one of the Waco Regional Golf Tournament.

Cheek was inspired by her dad to play golf and has been playing tournaments since her freshman year.  Her grandparents were at the tournament and witnessed her once in a lifetime shot.

“I almost teared up. I was so surprised.” Cheek said. “My grandparents were really happy and came up and gave me a hug.”

This is the golf team’s third hole-in-one since the fall of 2019. This past fall freshman Brooke Ahn hit a hole-in-one, and junior Camden Rafferty hit one the previous year. According to the National Hole-in-One Registry, the odds of making a hole-in-one are 12,000 to 1.

“I was initially shocked and then super excited,” golf coach Russell Simmons said. “I went to see her right after and made her save the golf ball. She probably would’ve kept using it and eventually lost it on that course. It’s a great feeling as a coach to see your players have success–especially a hole-in-one. It shows that their hard work is paying off.”

Cheek said that Simmons is always there for her and her teammates and always encourages them to do their very best.

“My favorite thing about coaching the golf team is definitely the kids,” Simmons said. “I’ve been blessed with phenomenal kids over the years being in the golf program.  They make my job really easy.”