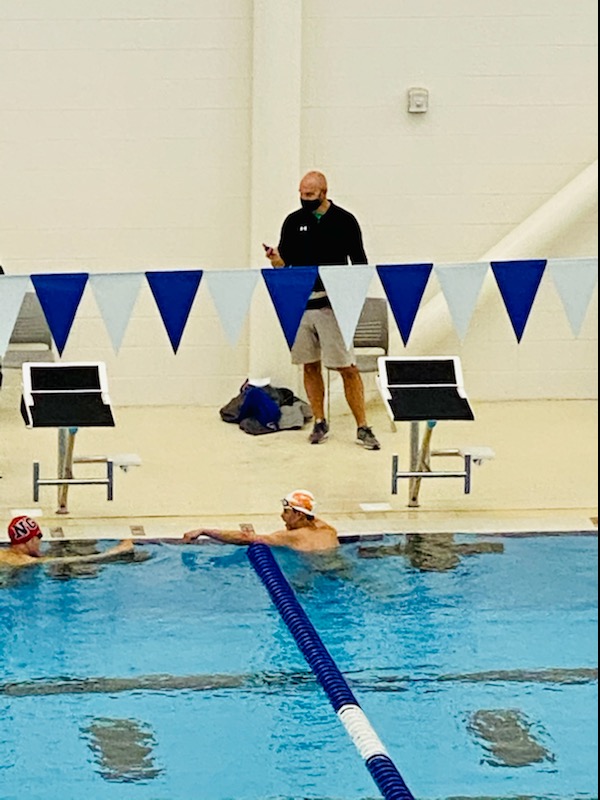 The first meet at the GISD natatorium.

The newest team on campus, the swim team, competed in the first meet of the season at the new GISD natatorium Saturday, Dec. 12. .

Tryouts for the new team were held in early August with 29 students representing the first Mustang swim team.  All of the GISD high school swim teams practice together with district swim coach Philip Wiggins.

Wiggins said there are currently around 60 students across the district who are on high school swim teams.  He said a diving team would be introduced at a later date.

“The biggest challenge this year will be battling the consistent issues with COVID,” Wiggins said. “Our goal is to double the size of the team in the spring. We want to win a district championship here at Sachse!”

Junior Lucas Carter is one of the members on the new team.  He has competed in triathlons nationally for the last six years.

“This year I’m hoping to set some records for the school that will hold for a while, as well as have a great collective season with the team,” Carter said.

The natatorium was the last item on the list from the 2014 GISD bond election. The building was originally scheduled to be finished by late 2019 but was not complete until December..  It is located near the intersection of Pleasant Valley and Firewheel Parkway.

Coach Wiggins attended Delta State University where he was a part of the swim team all four years and was captain for two of those years..

“The opportunity to not only grow but to start these new programs is very exciting,” Wiggins said. “I’m very blessed to have this opportunity and look forward to building a culture and team that will make Sachse High School and GISD proud.”